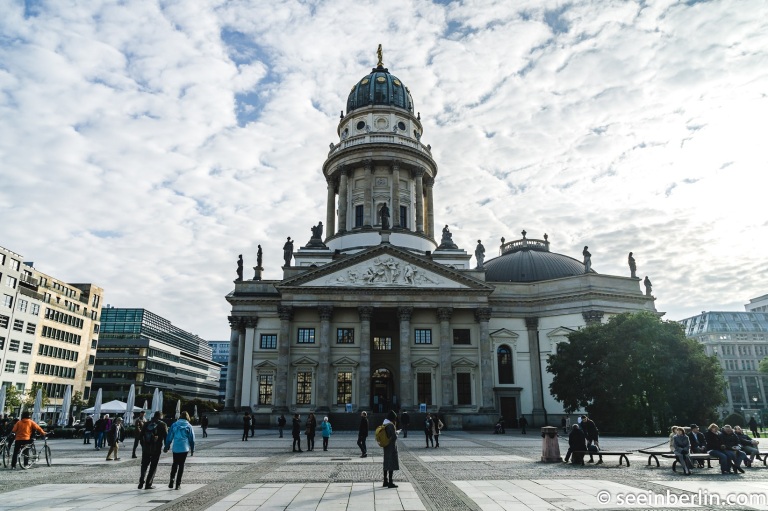 Berlin’s Deutscher Dom is the largest protestant church in the city, located on the southern side of Gendarmenmarkt in Mitte district. 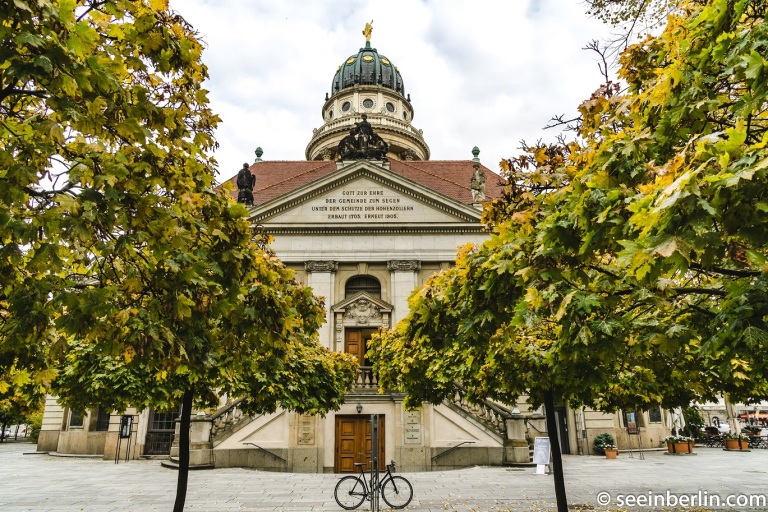 The original church was built in 1708 under the rule of king Friedrich III. It is thematically connected to the other two buildings on the square: Konzerthaus and the Französischer Dom.

The facades of all three structures comprise of a triangle shapes ceiling resting on six columns, based on the architecture of ancient Greece and Rome (the church columns are plain, of Corynthian Order, whereas the ones on the Konzerthaus are of Ionic order with vertical fluting. In 1780 a tower was added (simultaneously with Französischer Dom) to make the Gendarmenmarkt look like Piazza del Popolo in Rome. The other reason behind the endeavor was to make the churches overshadow a comedy theatre opened in the vacinity of Gendarmenmarkt.

In the 1880’s, due to architectural flaws, the church underwent a major reconstruction. The new Deutscher Dom (or Neue Kirche) came then to its current form, in neobaroqe style, heavily based on rennaissance architecture, with more roundness and lavish ornamentation added to it.

Since 1992 the buildingh is used as a home for the exhibition “Wege, Irrwege und Umwege” about german history, presented by the German Parliment. The entrance is free. 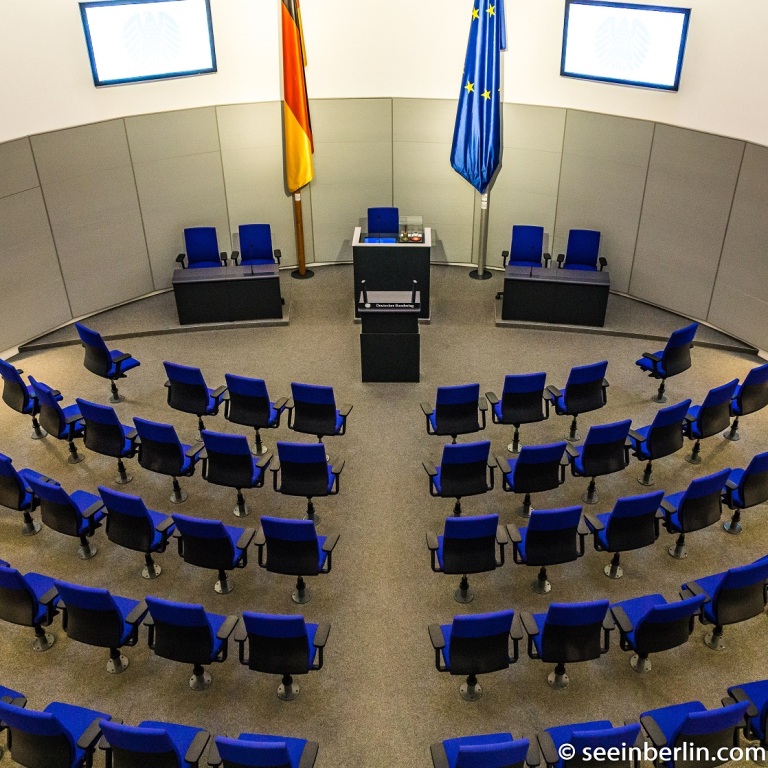 One thought on “Deutscher Dom”