The Church at Südstern is located on the Kaiser-Friedrich Platz in Berlin’s Kreuzberg district. To get there you’ll have to take the U7 line and get off at the ‘Südstern’ station. 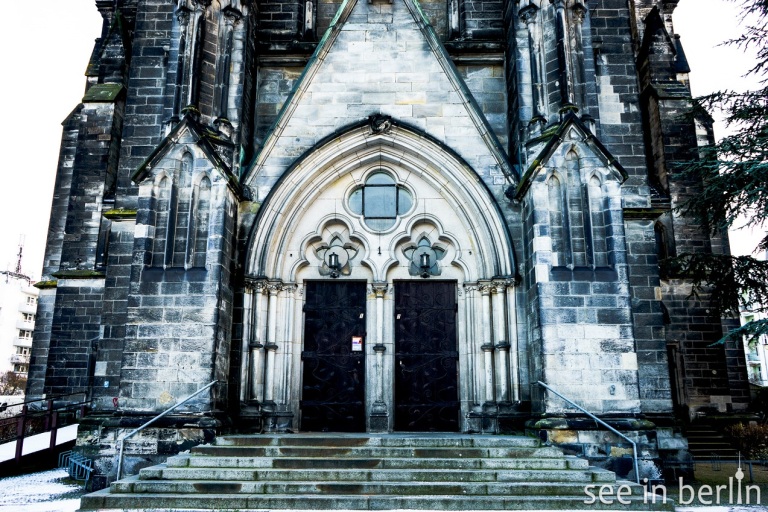 It was built at the end of the XIX century and is a great example of how prominent the revivalism style was in architecture of that time. Although the building of the temple was finished around 120 years ago, looking at it takes us much further in time, to medieval times wrapped in aura of mystery.

It is a great example of the neogothic style, derived from the gothic architecture of the XII and later centuries. This manifests itself with the building’s vertical shape, with high taint glass windows taking up large portions of walls and pointed arches. 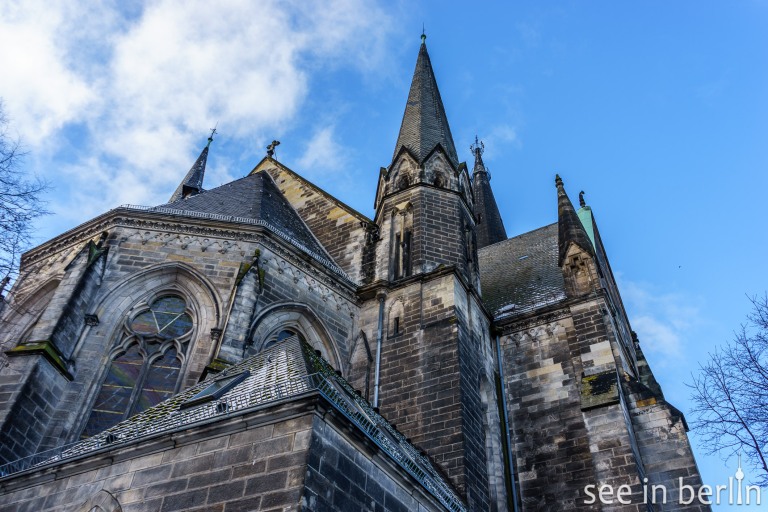 Originally concieved as a protestant parish, it served as garrison church, later was reappropriated to serve as prayer house for the Serbian Orthodox Church, finally to become an all-Christian Center.

As of today the church is still active, you can visit it’s website at http://www.kirche-am-suedstern.de/index.html 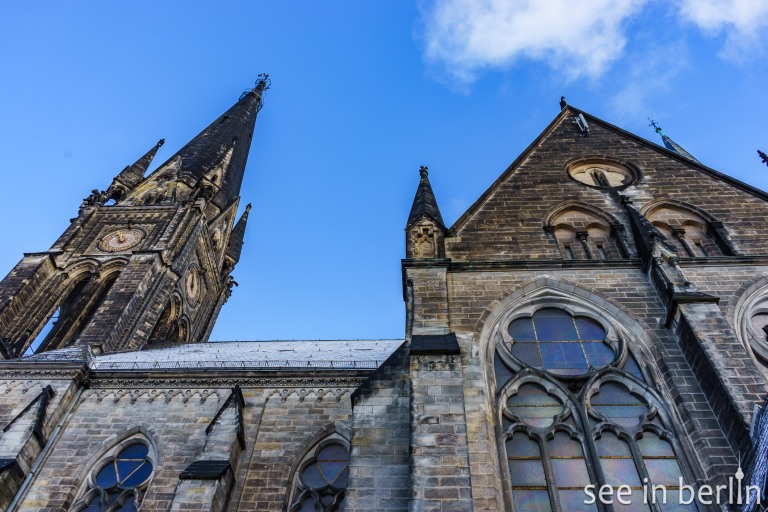 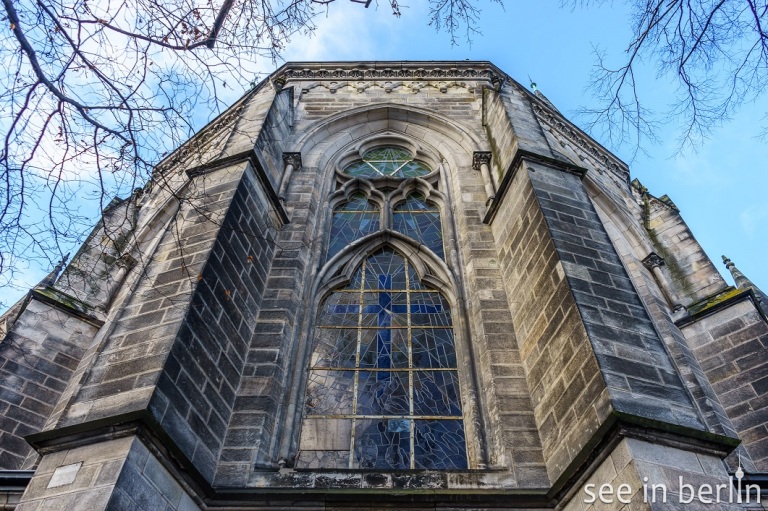