Viktoriapark is located in Kreuzberg, near the old Tempelhof airport and Bergmannkiez (described here: https://seeinberlin.com/2016/02/09/berlin-bergmannkiez-secession-hip-places/)

The park was built at the end of the XIX Century around the Monument of for the Freedom Wars (Nationaldenkmal für die Befreiungskriege ).

The monument itself is constructed in neoclassical style and comes from the 1820’s. It memorizes the wars that Prussia won throughout the history.

The top of the monument consists of an Iron Cross, a high distinction in German army. This cross (german: Kreuz) that is located on a mountain (Berg) give name to the famous Berlin district of Kreuzberg.

The Park itself is located on a former site of vineyards; two small ones are still active on the slopes of the mountain and there is a “Kreuz-Neroberger” wine, it is however pressed from grapes provided imported from other towns.

The main feature of the park is a waterfall, floating up from the Kreuzberg Monument down onto a small artificial lake, ornamented with a bronze sculpture called “The rare haul” 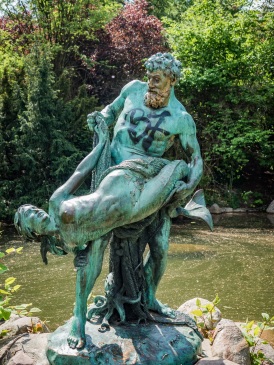 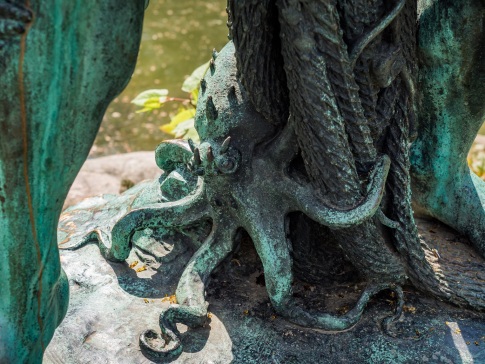 The park and the monument remain a great viewing point for the central part of Berlin.

See my other entries on parks/nature in and around Berlin

2 thoughts on “Viktoria Park -where Kreuzberg got its name”