Kelistpark (full name Heinrich-von-Kleist-Park is located on the Potsdamer Straße, on the border of Charlottenburg and Schöneberg districts. You can get there with U7 by getting off at the U Kleistpark station. 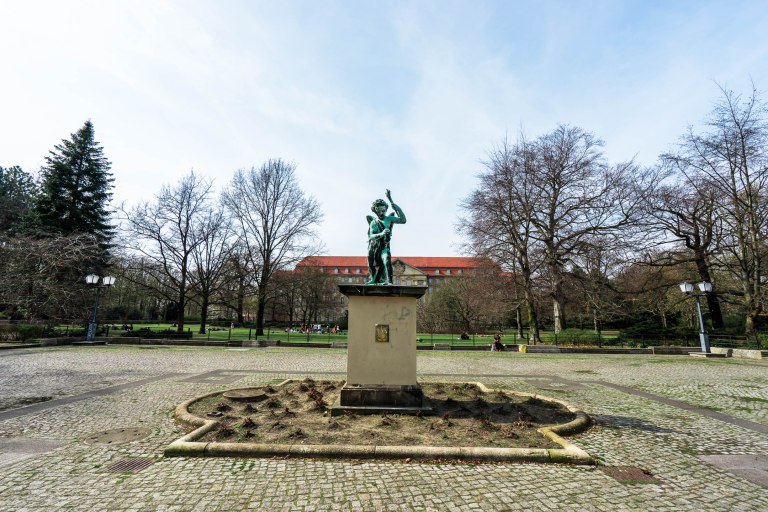 It was created in the XVIII century as a botanical garden, with palm trees in greenhouses and other exotic plants, opened for the Berliners to visit.

It didn’t serve theis function for long however, at the beginning of the XX Century the botanical garden was moved further south to Dahlem (where it still is today), and the area was changed into a regular park. 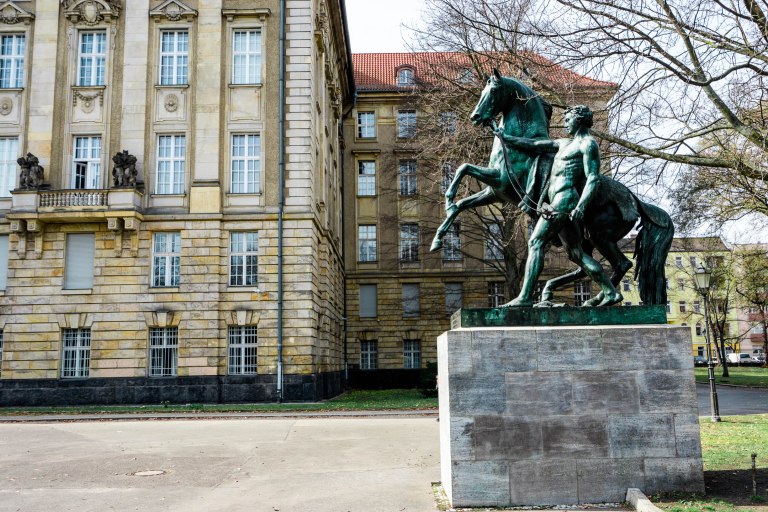 A part of the area was turned into a racing track, where in 1909 the famous ‘Rennbahnkatastrophe von Berlin’, when a motorbike races drove his machine into the crowd, killing 9 people and injuring 40. This was the biggest race track accident in Germany up untill this day.

After the accident the area was completely converted to a park.

Today the 2 most visible landmarks in the park are the Court building and the Königskollonaden.

The court building is a large neo baroque structure located in the middle of the park. It serves as a seat for the court since 1913, after the area was converted from the botanical garden into its current state. 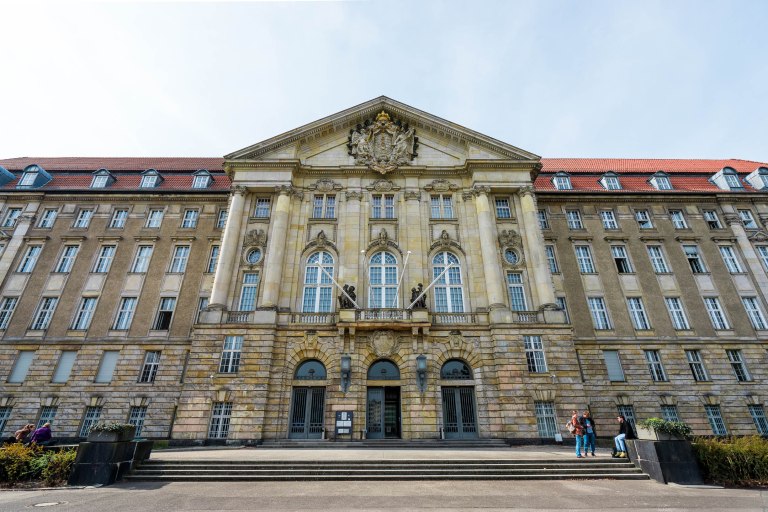 The building has quite a rich history:

In 1944 a trail of the remaining conspirators of the July 20. plot to kill Hitler were sentenced here to death. (the events of the bomb attack were portrayed in the 20018 movie Valkyrie)

In 1945 the first meeting of the Nurnberg Court took place here.

In 1948 the allied forces held a meeting in the building to decide the division of Germany among the 4 allied powers.

This is a part of the Königsbrucke – a neoclassical XVIII century bridge located on Alexanderplatz.

The columnade was moved wholesale from the town center to Kleistpark in Schöneberg after the bridge it was part of had to be rebuilt in order to facilitate railway traffic. 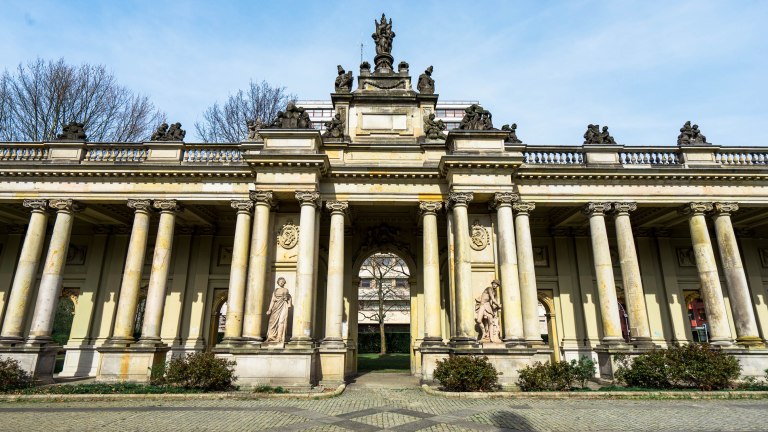 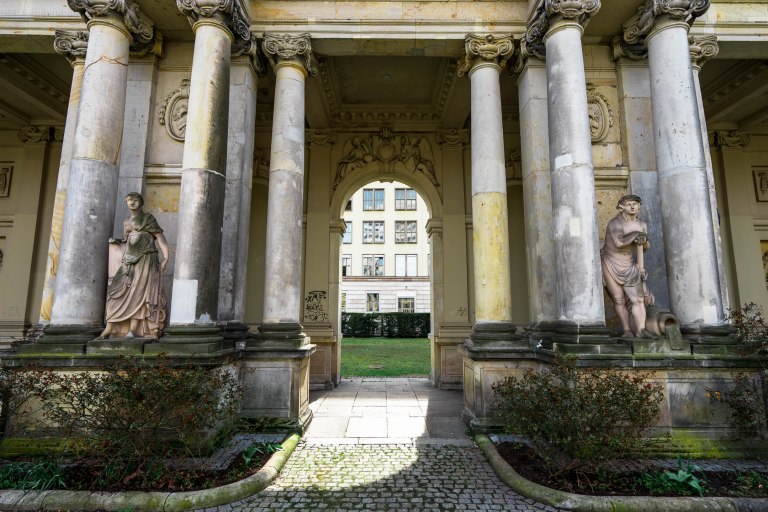