The Mouse Bunker is a lab testing facility, belonging to the Research Institute for Experimental Medicine (Forschungseinrichtungen für Experimentelle Medizin or FEM for short). It is located in southern Berlin, in the Steglitz district, hidden between the trees just by the Teltowkanal. 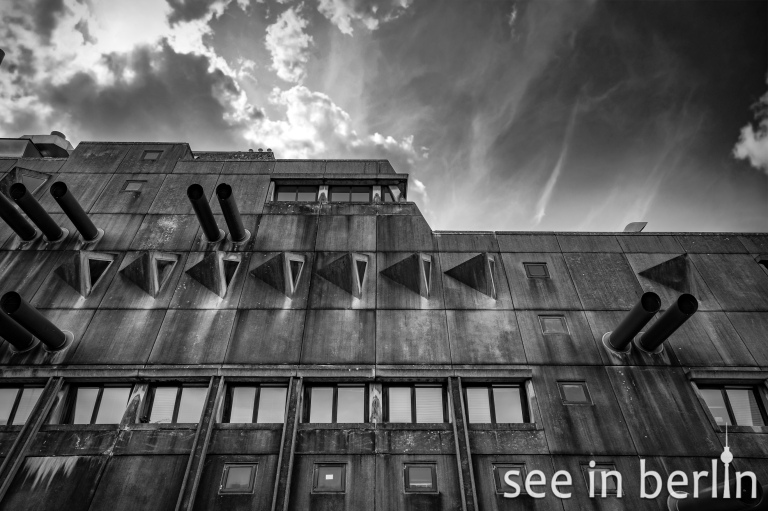 Although not easily seen form the street, once noticed, it really draws attention. On the first sight it resembles a star battleship from Star Wars or more likely one of the Cyberpunk movies. This impresssion is caused by its heavy, solid core with floor dissapearing gradually as the building progresses to the front, small, scantily dispursed windows and large pipes sticking out like cannons. 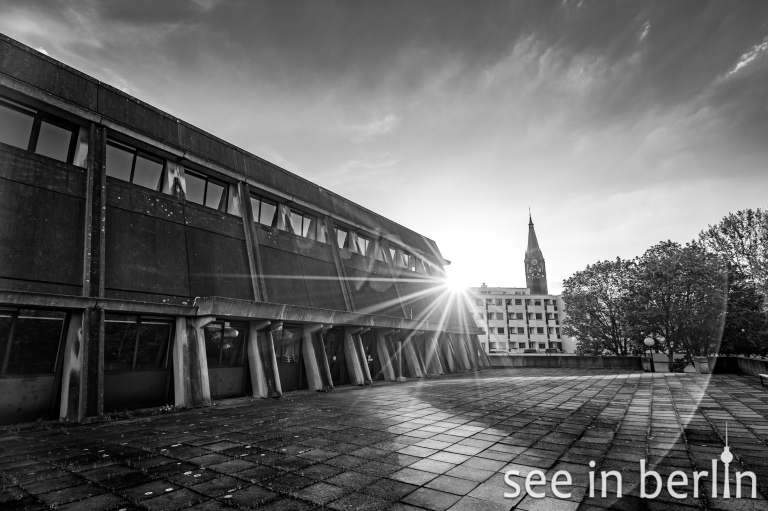 The building has very raw character, there is no paint nor plaster, no ornamentation and all design elements are part of the building’s structure, which makes it a great example of the brutalist style in architecture. 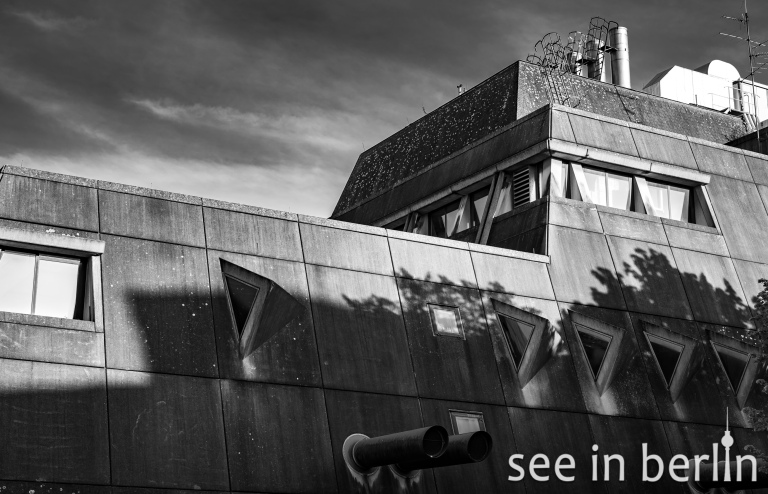 The building itself was designed by a Berlin architect Gerd Hänska in the 1970’s and took 10 years to build. It was opened in 1982. The building since the beginning was owned by the Free University and constructed with its cooperation as a lab testing facility.  The scientifict tests there are performed on live animals which are also housed there, hence the name – Mouse Bunker. 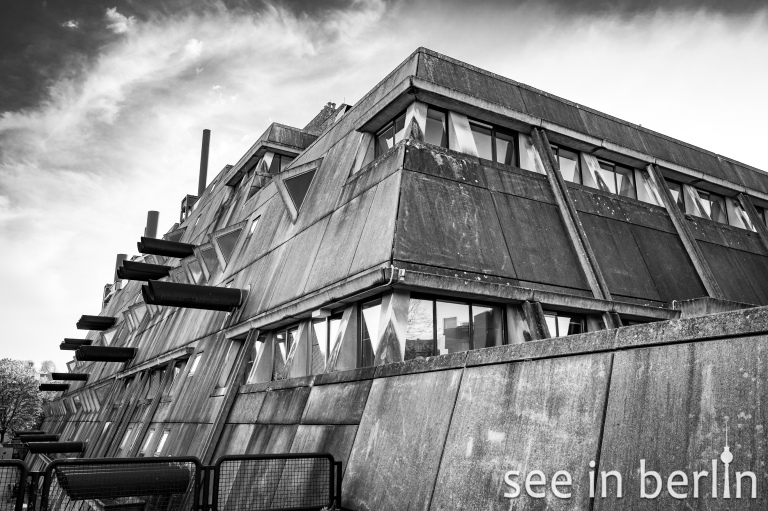 Taking into account its gruesome usage, it really makes you wonder why the architect would choose such gloomy and dark design for such a facility. That is not to say that, so to say, the messenger doesn’t fit the message. But given a fact what the message is, it brings to mind images of torture and captivity, which is definitely not how the experiments are conducted and should not be the image that the researchers are trying to project. 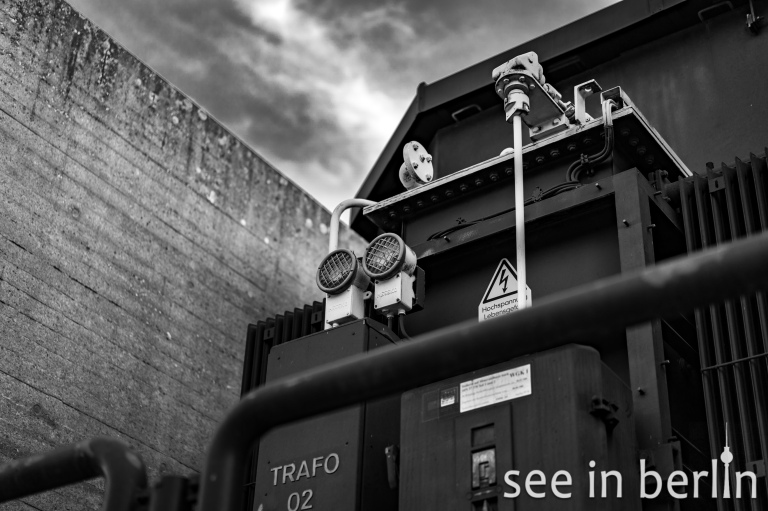 The FEM is in the process of looking for a new home, more modern and better suiting the needs of the animals that are being kept there. This might mean that the Mouse Bunker will become available for tourist to visit in the near future.