The Allied Museum is located on Clayallee in south-western part of Berlin, in Dahlem. You can get there with U3 – Station Oskar-Helene-Heim (you’ll have to walk a few hundred meters north to get there) You can visit their website here: http://www.alliiertenmuseum.de/

It consists of 2 buildings, including a former cinema, where the display shows common items from lifes of the military personel stationed in West Berlin, as well as civilians having to deal with the problems of everyday life in a democracy outpost in the middle of communist East Germany.

The museum’s exhibition covers the period from 1945 through the end of the Cold War, and does hardly touches the World War II period. 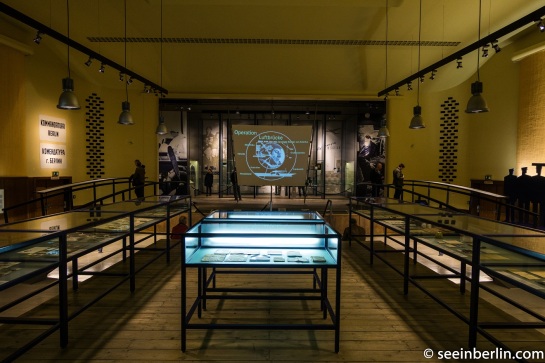 The exhibition at the Allied Museum in Berlin

.
The main part of the exhibition is an old British RAF transporter plane, used to deliver wares to West Berlin on the Air Bridge (Luftbrücke), during the land blockade of the City by the Soviets, early after the war.

You can get inside of the plane (there’s a small fee invloved) each full hour, and see a documentary film about how Berlin managed to survive despite of communists blocking all road transport (the movie is in german)

Other interesting items are an east german watch tower, part of the Berlin Wall and the original guardpost from Checkpoint Charlie

One thought on “Allied Museum (AlliiertenMuseum)”