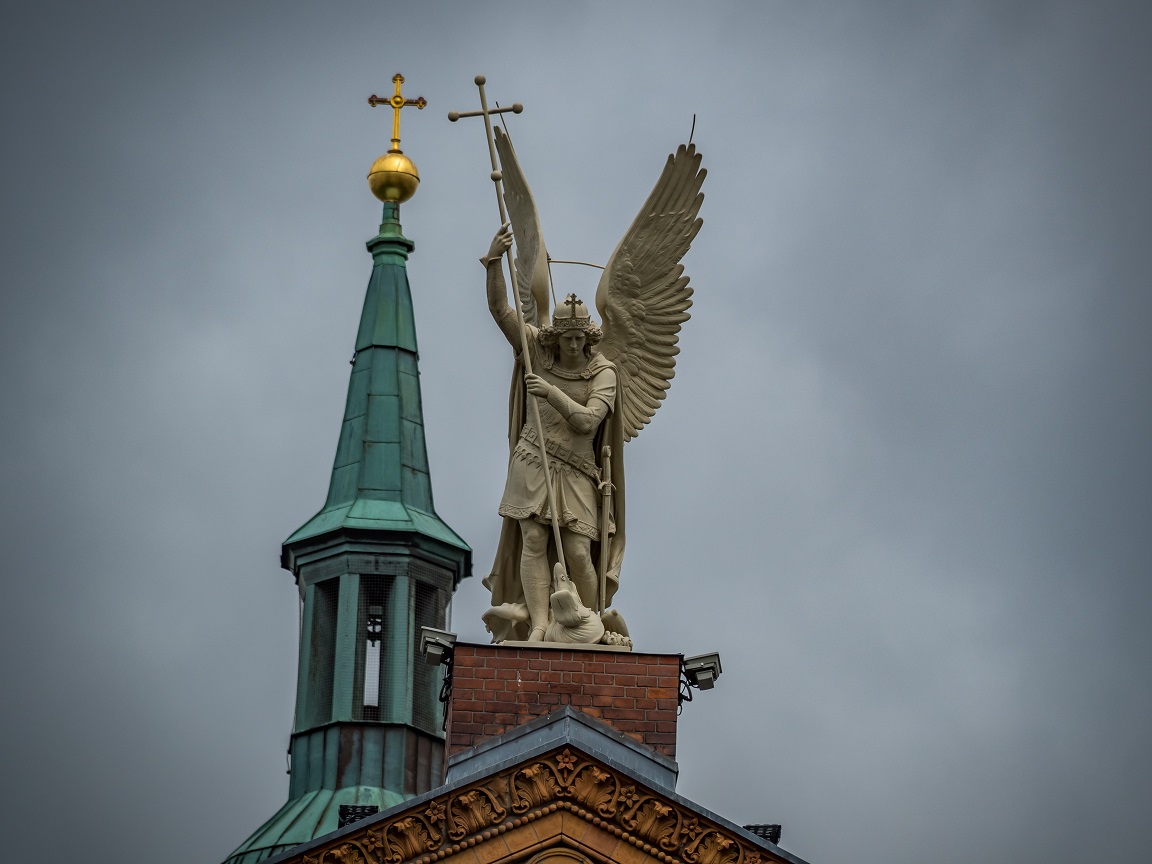 The Saint Michael’s Church is a catholic temple, built in the 1850’s. It is one of the oldest after-the-reformation catholic places of worship in Berlin. It is located at the border of Kreuzberg and Berlin-Mitte districts.

The building is an eclectic combination of the classical and medieval styles, in the spirit of revivalism popular at the time, combining neoclassical shapes as well as neoromanesque arches.

Originally, it served as a military church for the 3.000 catholic soldiers stationed in Berlin, but in 1888 it was changed to a parish, accessible to everyone.

The church was partly destroyed during the last few months of World War II by US Airforce bombers. Only the front of the building, the side walls and the dome survived.

The church reopened in 1953, the parishers also started to rebuild the church – in 1957 two new bells were installed on the tower. All was stopped however in 1961 with, when the Berlin Wall started to come up. It was decided that the wall would run right across the Michaelkirchplatz, right in front of the church, splitting the parish into two: one in west and one in east Berlin, where the church found itself.

The West Berliners built a second Saint Michael’s church on the other side of the wall, on Waldemarstraße.

Despite the turmoil, the East German parishioners continued with reconstruction works, including renovation of the dome.

In 2003 it seized to be an active church, although mass is still performed there on certain occasions. 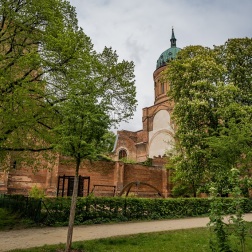 See my other entries on churches/cemeteries in Berlin