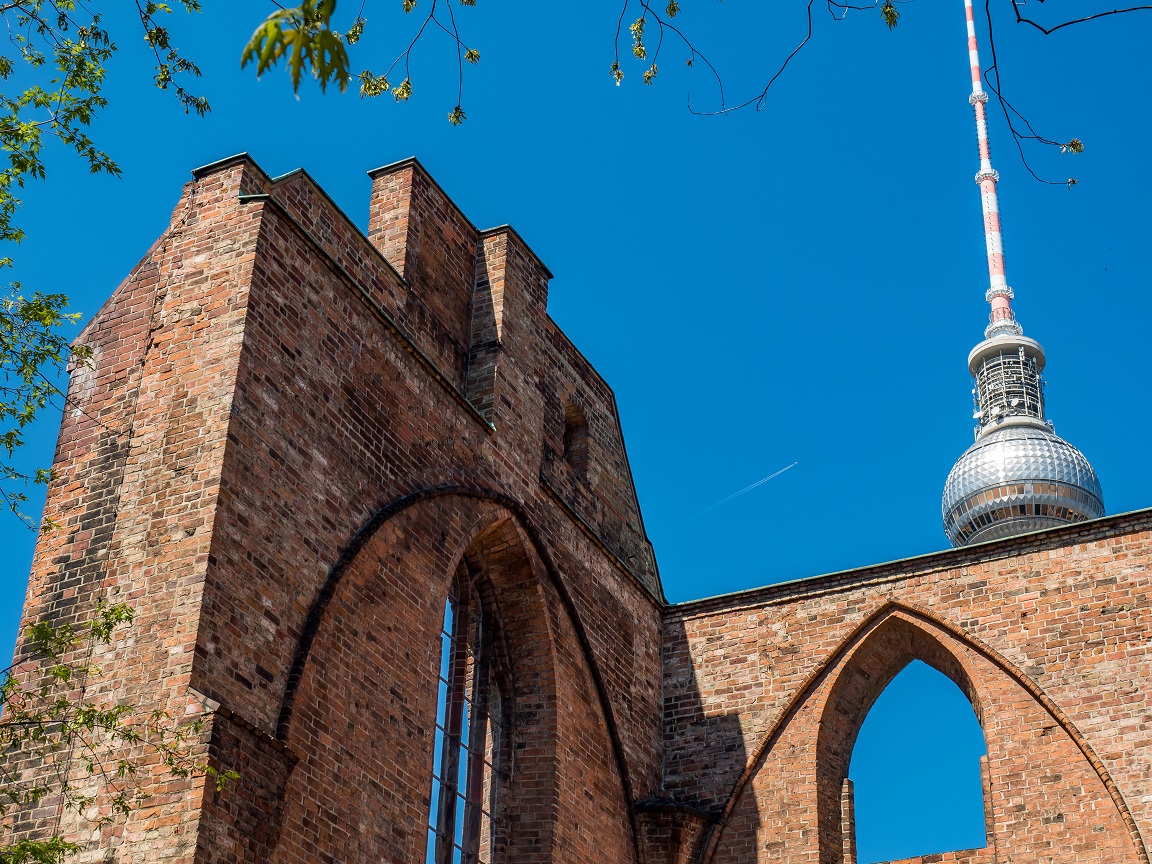 The first church was built in 1250 in early Gothic style. It was further rebuilt in XIII-XIV Century a brick basilica church, the ruins of which can be visited today.

The monastery to which the church originally belonged to was closed down after the reformation in 1539 (they served various purposes, among them being the location of the first printing press in Berlin from 1571). Further centuries saw many renovations and rebuilding (including one after a roof fire in 1712), although none of those survive until the present day.

The church and the monastery complex were destroyed a month before the end of World War II, on the 3rd of April 1945, during the bombing of Berlin by the allied forces. Whatever was left from the monastery buildings was removed during the Berlin restoration works in the 1950’s to make way for a park.

The only part left were the remains of the monastery church. Those were further restored the early 2000’s and are now occasionally used for concert and art exhibitions.

See my other entries on churches/cemeteries in Berlin

2 thoughts on “The Franciscan monastery church – ruins in city center”