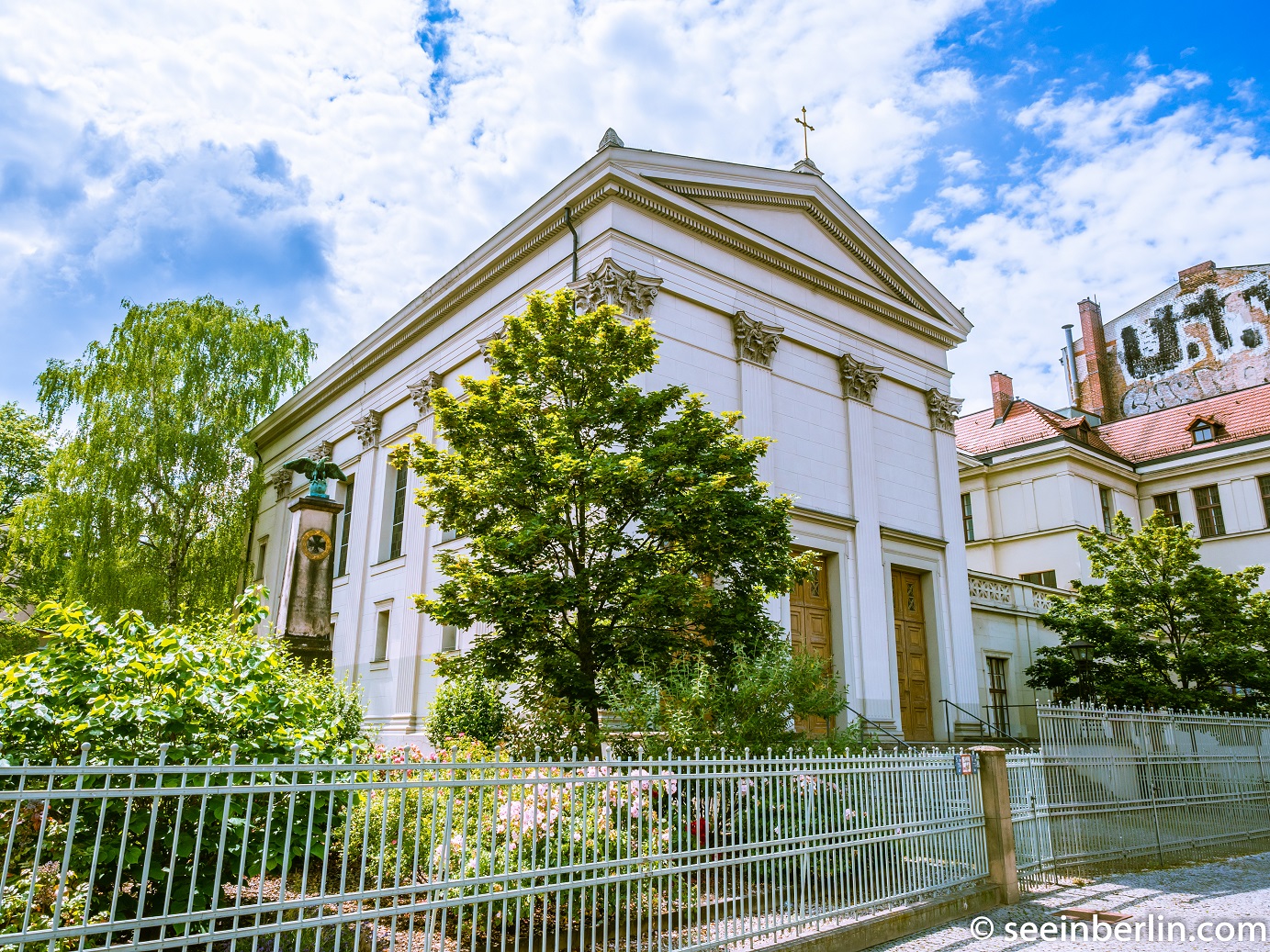 The church is located in nothern Berlin, in the Gesundbrunnen district.

The church was built in the XVIII Century, during the enlightenment period, when, due to emphasis on reason and humanism, the architectural styles fashionable at the time drawn heavily from the times of ancient Rome and Greece.

The Saint Paul’s Church in Gesundbrunnen is no exception to this rule – its shape resembles the likes of Parthenon, but on a much smaller scale.

It’s built on a rectangular base with roof rising from the sides to meet at the middle, forming a triangle.

Although it has full concrete walls, its sides are ornamented with columns, with Corinthian Order capitals.

The church in was brought to it’s current form after a major renovation in early 1950’s, due to damages it suffered during the World War II and the Battle of Berlin 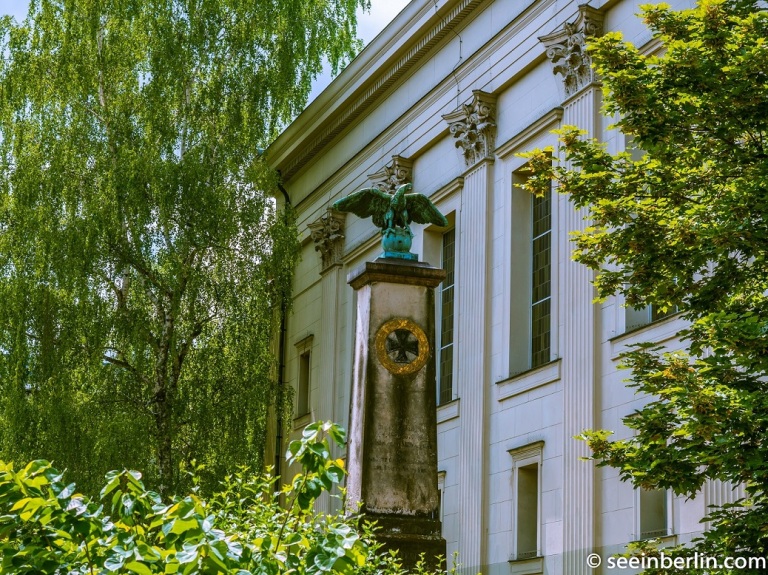